Outer Urban Projects Major Works employ, develop and elevate the stories of emerging artists and their communities to deliver moving, provocative and universal narratives that explore the social, cultural and economic turbulence and creativity in the outer north of Melbourne, Australia and globally.
TRANSMISSION

Transmission reimagines and digitally transforms the delivery of Outer Urban Projects 2021 and 2022 artistic program, ensuring its survival and relevance during and following COVID-19. Transmission will provide our culturally diverse artists with sustainable employment. Through digitising and expanding key programs, the company will intensify engagement of independent/established artists/arts workers from Melbourne’s outer north in a hotbed of commissioning, development, streaming and production; while expanding our audience reach via targeted online distribution.

Urban Studio is the new creative engine – audio-visual digital arm and production house of the company that will resource and support artists to develop, create and produce work in a studio environment in order to realise our artistic program including our fee for service social enterprise. It will employ a highly skilled production team of filmmakers, sound and lighting designers and engineers to serve contemporary artistic expression. It will transmit concerts and major work performances with virtual and live studio audiences, live streaming of rehearsals, multi streams, and video/podcasting for online and radio distribution. It will ultilise platforms such as Spotify, Bandcamp and YouTube. Consolidating our partnership with Moreland Youth Services will support and resource this pivot.

A husband kills his wife.

Another vigil for a dead woman.

Another death in custody

Is there is no place that is safe?

No temple that is sacred?

Courage is its contender. 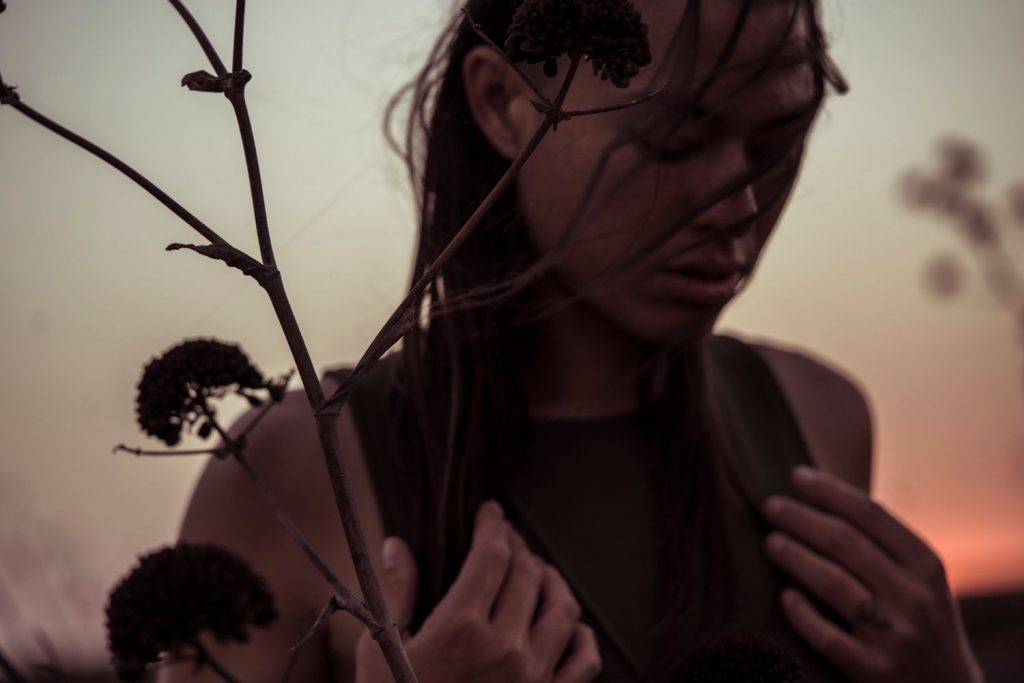 THE DRUM | IN DEVELOPMENT

The Drum is an audio visual  recording project that will feature Associate Artist Joseph Samarani, a vibrant percussionist of Lebanese heritage in a dazzling repertoire of  Lebanese, Middle Eastern, Greek , Gypsy and Balkan instrumental music.  Joseph will be joined by some of Melbourne’s finest exponents of these musical traditions.

And other guest artists

A Lebanese musician walks in to an audition room.

The Drum is about virtuosity, a Lebanese hand drum and and their battle against cultural discrimination.

The Drum will feature Associate Artist Joseph Samarani, a storyteller, infectious raconteur and brilliant percussionist of Lebanese heritage with 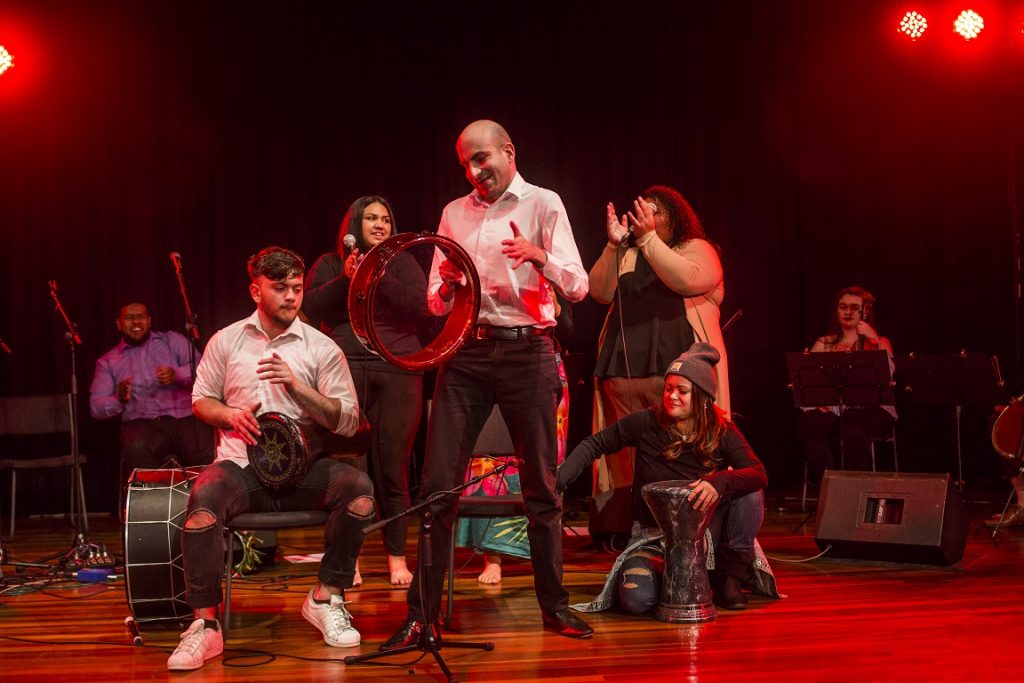 The stage is a country in itself. With its own rules and regulations.

The Audition peels backs the layers of the audition process to uncover what it means to seek asylum.  The asylum seeker shares something in common with the actor in Australia. They are both outsiders of uncertain status. 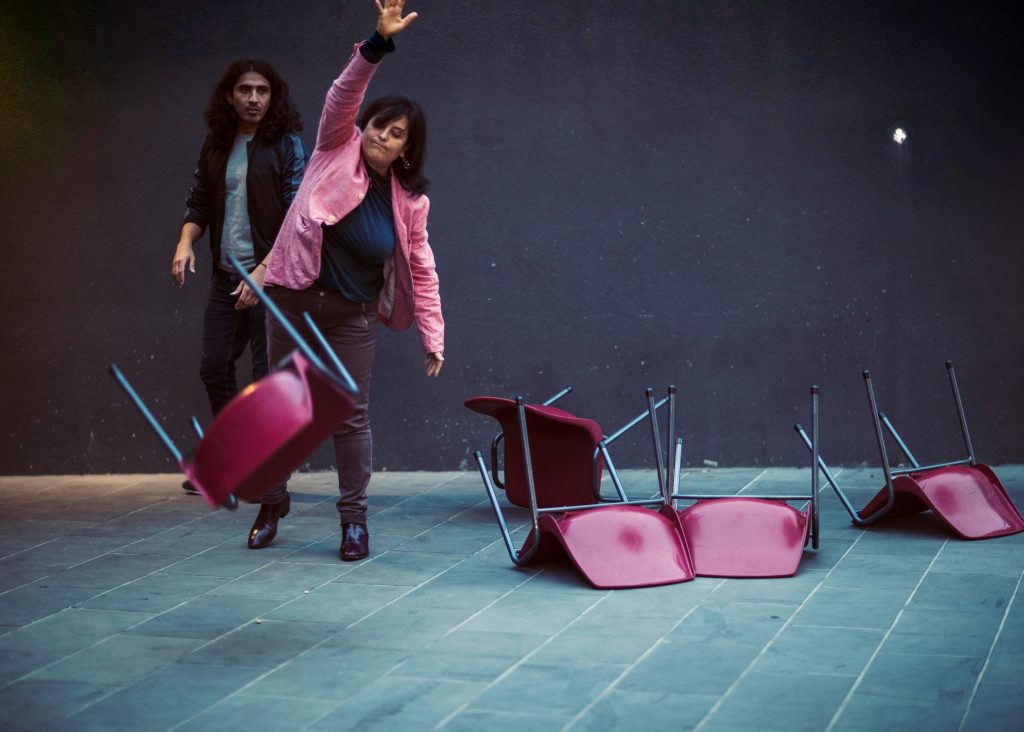 “From the beginning, this is a showcase in which a fine cast can amply demonstrate their skills… The electric switch from one to the other, in the suspended seconds when roles blur together before they differentiate into separate circumstances, creates powerful theatre.”

“The humour is double edged, the emotions piercing. This is political theatre that rises far above…”

“Outer Urban Projects creatives peel back the layers of truth… The Audition is unforgettable.”

“It is a beautiful and painful piece of theatre”

-SAMSARA DUNSTEN | WHAT DOES SHE THINK

VESSEL is a journey from one side of the world to another, through generations, time and parallel realities.  Dance, vignettes, stories and song transform into a string of intersecting encounters and a powerful aesthetic, spanning street cultural and contemporary styles.

A dance theatre work about what it means to give birth and where and what you are born into. 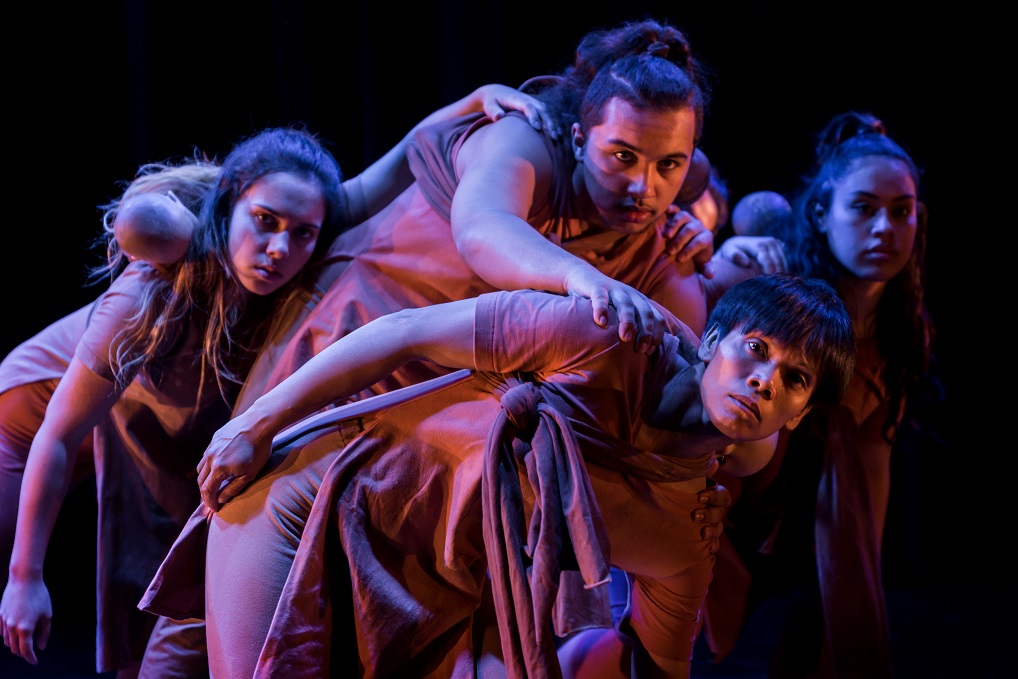 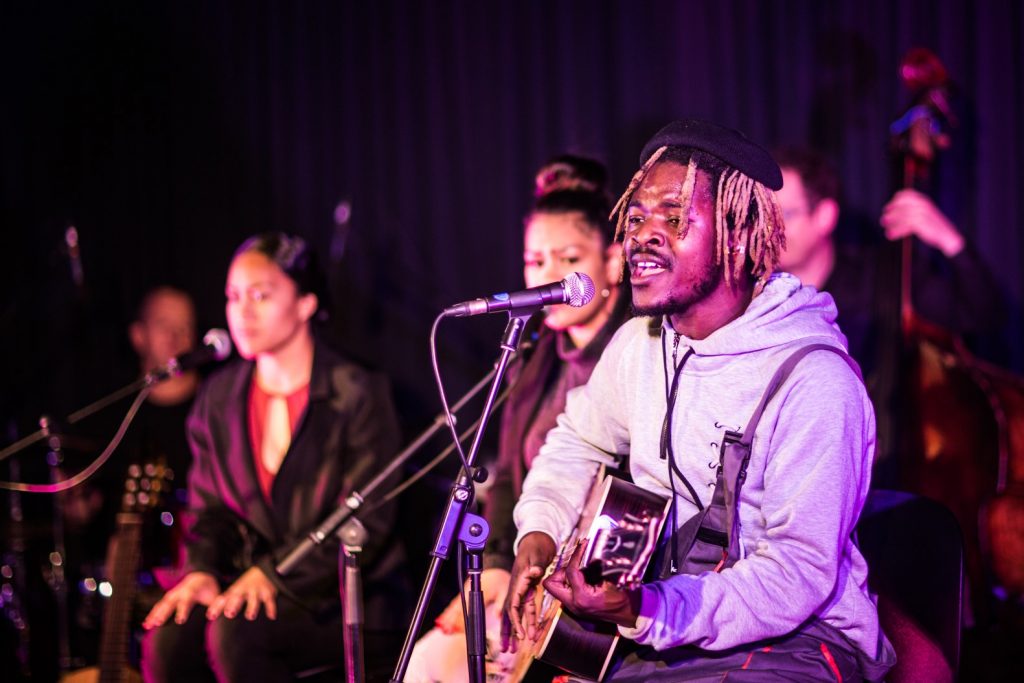 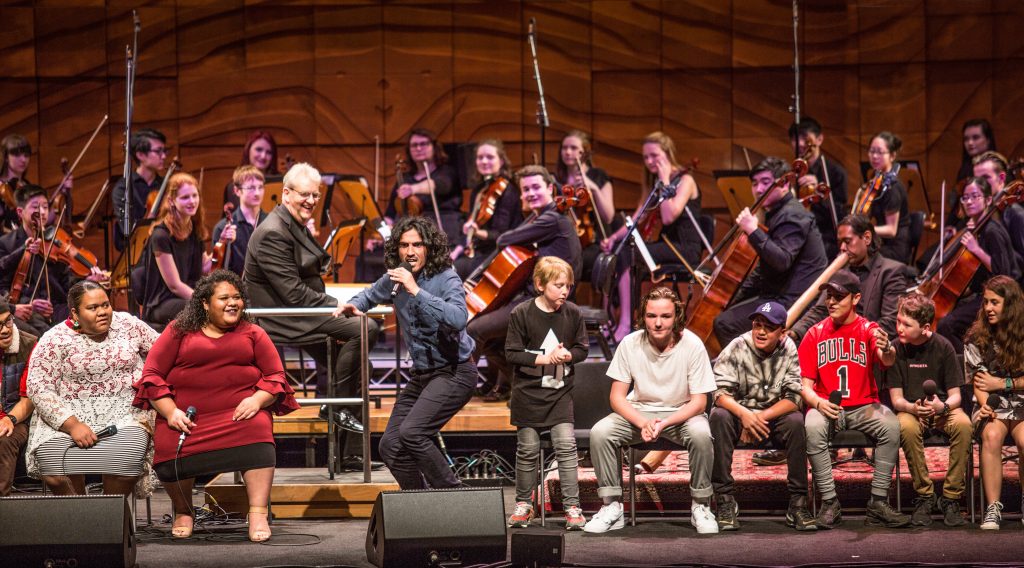 Poetic License is a performance work about the power and limitations of words.

A god descends to the underworld to resurrect a dead poet back to life to save the city from war and ruin. And now the need has again arisen – Our world, our city, our neighbourhood – is in need of poetry and a great poet to save it. A leader, an inspirer, an orator.  A unique theatrical take on Aristophanes’ ancient Greek masterpiece ‘The Frogs’,  an impressive array of writers, performers and musicians combined to reveal the power and limitations of words and to wrangle the timeless question – Can the spoken word move and inspire. Can it change anything? 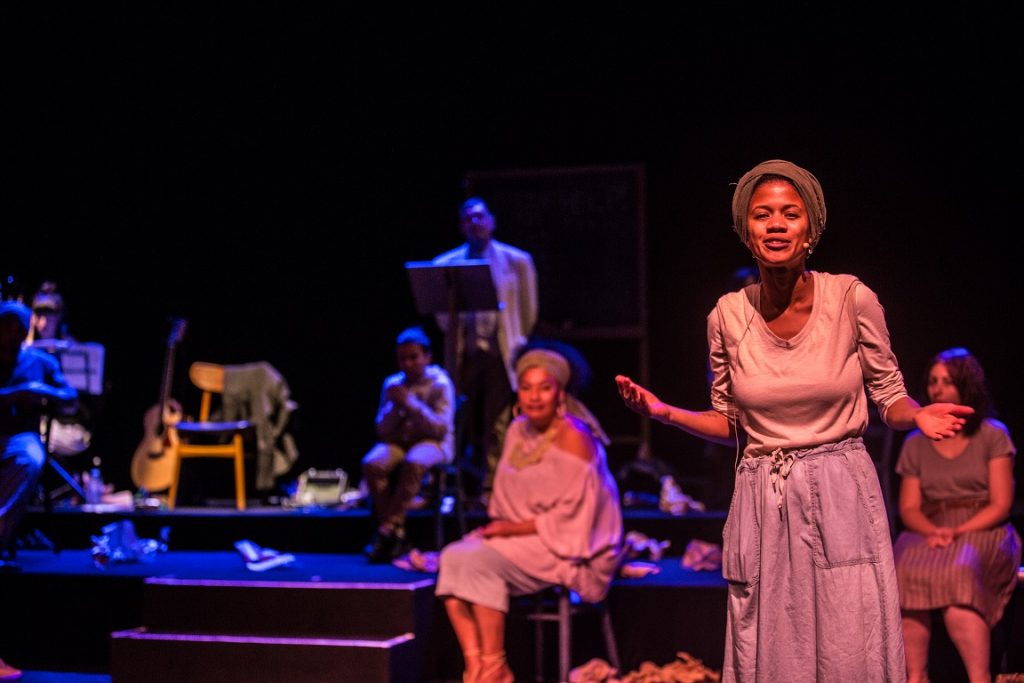 Poetic License debuted in the Melbourne Writers Festival (2014) and had subsequent seasons at Darebin Arts and Entertainment Centre (2015) and fortyfivedownstaris (2017) and is currently in development for a residency in Athens.

“OUTER URBAN PROJECTS… delivers a successful platform for disparate and often unheard voices with a performative aplomb that speaks eloquently to a sophisticated Melbourne theatre audience.”

“The work is electric. It is rich with story and has an amazing life force. Perhaps this has  to do with the performers having something quite ethereal, a kind of hunger, a passionate need to express themselves.  It is a mix of forms and styles bound together by tight and fearless choreography.  It is vibrant. There’s an element of great joy which I have rarely witnessed in any performance. It’s contagious. And the contagion works to excite and at times boisterously enthuse an entire audience. And it’s an audience which is unlike most theatre audiences. It is filled with people, often entire families from grandparents to small children, and like the performers on stage, from cultural backgrounds from all over the world. It’s a true and powerful reflection of who we are.”

They say that 2015 and 2016 were the deadliest years for migrants and refugees crossing the Mediterranean to reach Europe. In 2014 the Malacca Straits became the favoured route for boat people to reach Australia. Thousands have died at sea. A headless child’s body cannot be identified and her tombstone bears no name on the Island of Lesvos. Ordinary people languish in refugee camps and in Australia’s offshore detention centres. Entry denied… but the stage is also a country with its own rules and regulations or lack of them.

Grand DiVisions is storytelling and music of overwhelming vitality.  It is a work about falling in and out of love with Australia, two uncompromising refugees that made it to the other side and a cohort of outsiders that challenge the status quo in a world that negates their humanity and freedom. 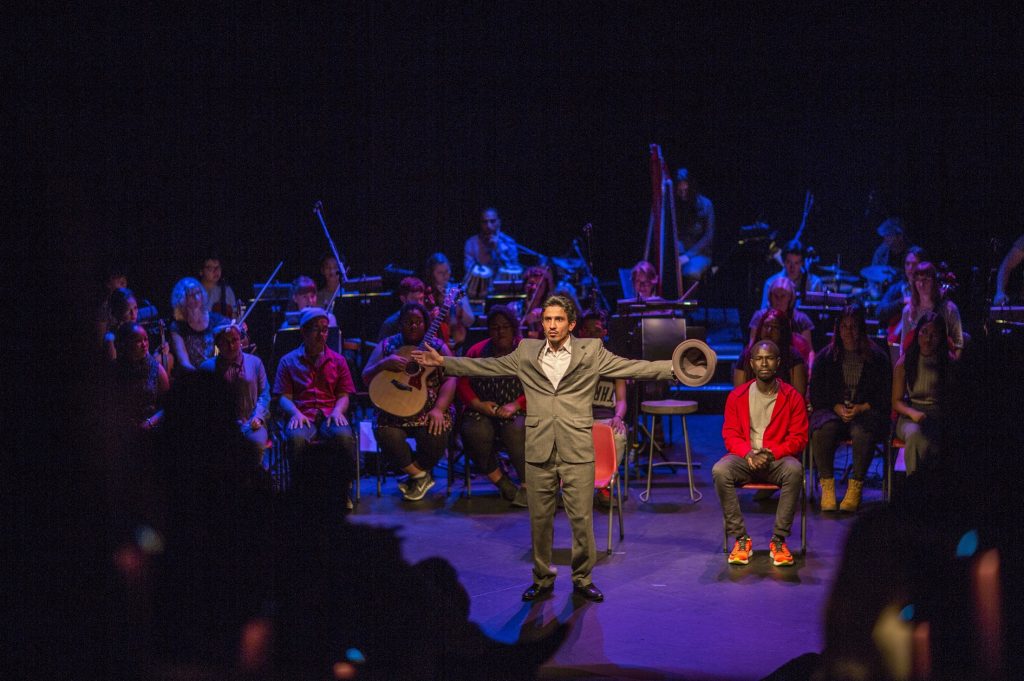 “Grand DiVisions is much more than a pretty face. It has heart, depth and a power to move people in a way that few productions can…. Rinsed of narrative, political spin and hidden agendas, it became a human story once more – simple, gripping and unquestionably honest… Every story was important, and every story was waited for expectantly by a captive audience both on and off the stage… This was the multi-cultural contemporary Australia that we don’t see often enough of and we will no doubt be seeing more of, because Grand DiVisions is truly top class.”

“The audience for Grand DiVisions was the most various I have ever seen at the Art Centre. It was maybe the first time there that I felt that the composition of the audience and performance reflected the people I see on the streets of Melbourne. It’s a safe bet that many of them had never been in the Arts Centre before, and I can only hope it’s not the last.

Grand DiVisions… is an exhilarating glimpse of worlds and realities too often kept out of our plush temples of culture. The polished energy of 21 young singers, spoken word artists and dancers, backed by an orchestra, hits you right in the sternum.”

Hip-hop collides with chamber music and urban dance in a multicultural ode to Melbourne – welcome to the new sound of our city.

Outer Urban Projects and MASSIVE Hip Hop Choirfrom Melbourne’s northern, western suburbs and beyond team up with Komninos Zervos, an iconic Australian performance poet and Mary Quinsacara– one of Australia’s first female emcees for a hip-hop/classical throw down.

A talented inter-generational ensemble combines to bring us an infectiously intimate show, fusing the primal force of rap, the power of dance and the timeless beauty of classical music, creating a powerful performance that is both instantly recognisable and utterly unique.

Telling tales of wealth and poverty, privilege and neglect, apathy and ambition, Urban Chamber – Beyond channels the hopes, anxieties and ambitions of Melbourne’s suburban youth whose origins span five continents. This is the essential voice of Australia’s present and future – diverse, vibrant and original. 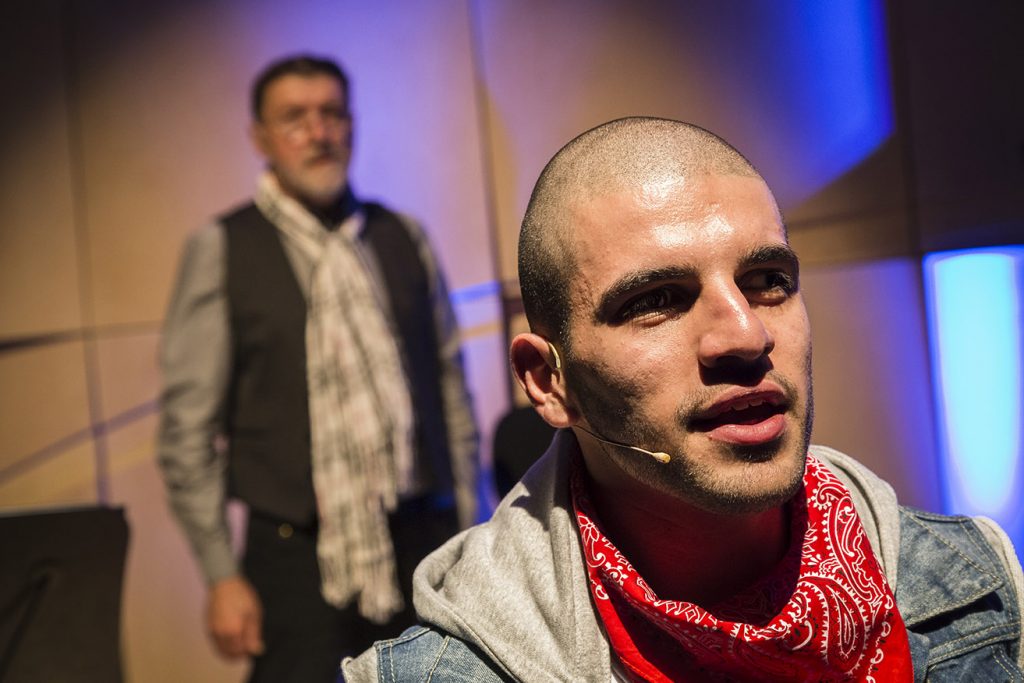 Urban Chamber – Beyond premiered in the 2013 Melbourne Festival at the Melbourne Recital Centre.

“The raw talent and charisma of this group is enough to want to go see them… with
the subtleties and stories – aided by the Aussie poet Komninos Zervos, Mary Quinsacara and choreographer Deon Nuku – it is a world opened up on stage with the gritty edges all smoothed and polished to talk the real human story.”

“The smooth transition of artistic piece after artistic piece soon convinced the audience that they are in the presence of a particularly unique and talented collaboration… Outer Urban Projects includes amongst its values both respect and courage. I am not quite sure what these guys do to nurture such a warm, engaged, respectful and brave group of young people, but I certainly did appreciate the opportunity to be witness to the outcome. Urban Chamber – Beyond really does encapsulate the spirit of the best of Melbourne – diverse, different, and truly welcoming.”

Join our mailing list and be the first to know about upcoming shows, early bird tickets and other exciting developments.